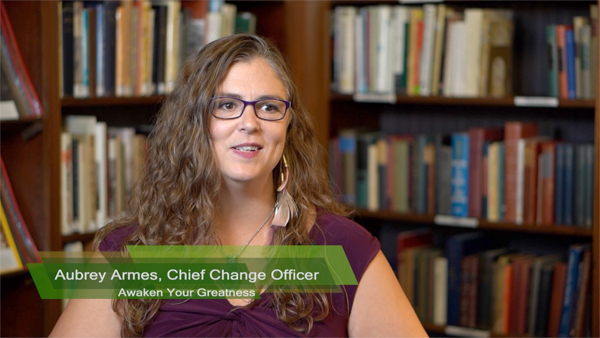 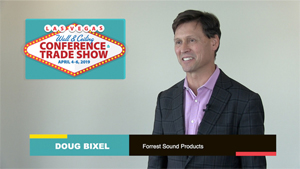 I was speaking at a business networking meeting a few weeks ago and I asked the question “Who here loves – I mean, really LOVES – to be on camera?” Five hands shot up – two who include “professional actress” on their resume, one DJ, one personal stylist, and one motivational speaker. That was in a room of 55 people –  entrepreneurs, top employees, and general go-getters from throughout the greater Seattle area. Besides those five, everyone else was gazing down, looking pained, or laughing a little nervously as if I was about to spring a live video camera on them. Five out of 55. That’s only 10% of professionals in my self-selected group of reasonably outgoing people who find joy being on camera. The rest would rather not, thank you very much.

As anyone knows from engaging in business-oriented social media such as Linked In, Facebook, Instagram, video is a nearly inescapable part of being a successful professional, especially if your role is public-facing, or you own the company. If you’re one of 9 in 10 people who don’t like being on camera, knowing that you still have to put yourself out there can be stress-inducing.

As a videographer, part of my job is to help the camera-shy 90% feel more comfortable starring in their own videos. This involves a variety of techniques at the shoot, as well as coaching them ahead of time on how to prepare for their interview, what to wear, where to look, and general notes on being on camera. No one has turned into a camera ham overnight, but I am proud to report that some of the people most resistant about appearing in their own videos have been happy with the end result: impactful videos which are helping them get clients.

Part of why I’m starting this blog is to help prepare anyone who needs or wants to be on camera – whether on a Linked In post, Facebook live, or in a professionally produced video. Dear reader, I am hoping you can benefit from the knowledge I’ve gained over the years from both sides of the camera – as a producer and editor, and as a (reluctant at first) on-camera spokeswoman and interview talent.

BLAME IT ON EVOLUTION, OR, SCIENCE TO THE RESCUE

I’ll start with the big overview that I share with all of my video clients. The first concept is to understand, as I outlined above, that almost no one likes being on camera. You are not uniquely unhappy about seeing and hearing yourself on video. Most of us think this is an issue of vanity, but research supports there’s much more to it than that. In an excellent article on wistia.com, author Meryl Aryes discusses two main points in detail, which I’ll summarize here.

One reason we hate to see ourselves on camera is due to an evolutionary adaptation that resulted in “confirmation bias”, which is the tendency to see things that confirm our already-held worldview and ignore the rest so we can make decisions quickly in order to, for instance, react in time to avoid a hungry lion or poisonous snakes. How this works in our modern world is if, for instance, we already think (as I do of myself) that our nose is too pointy and we talk too fast, when we see ourselves on video that is pretty much all we notice. (In my case: pointy nose and race-car pacing). It isn’t reality, and it isn’t the way the rest of the world sees us, but it IS how we experience ourselves on video.

The second reason stems from what is referred to as the “familiarity principle,” which is “when people are repeatedly exposed to certain stimuli, they come to develop a preference for them.” We see ourselves moving only in mirrors – which means our non-mirror image (the way others see us, and how the camera sees us) is not familiar. To ourselves we look weird, “a little off,” because we are only familiar with our own mirror image. We see others as the camera sees them, so they look fine to us. Have you ever had a friend ask you to watch them in a video – because they think they look weird – and they look perfectly normal to you? That is what I’m talking about.

To me, the best way around confirmation bias is to know that most humans – even professionally beautiful people like models – don’t always like the way they look in video. Decent lighting and knowing how to dress and pace your speaking voice for camera can go a long way, too (see “Tips and Tricks, part 2). The way around the familiarity principle is simple – see yourself on video more often, whether it’s by starting your own video blog or just taking selfie videos at appropriate moments on vacation. (By “appropriate,” I mean, please don’t walk into other tourists or off scenic cliffs trying this!). And, if you still don’t like what you see, get help from a coach, a stylist, or your friendly videographer to learn how you can improve.

PRO TIP: If you have a video professionally produced, remember that your initial reaction to the video may be heavily influenced by your initial reaction to seeing yourself on camera – which for many people is, “Ack! I look terrible! I sound weird!” Do yourself – and your videographer – a favor and sleep on it before watching it a few more times. Then, invite a family member and an friend-who-will-be-honest-with-you to review it with you before discussing any edits with your videographer. At that point, you’ll be more used to seeing and hearing yourself on camera, and hopefully your honest friend has told you that no, you don’t sound like the Dormouse in Alice in Wonderland. Any editing decisions can then be made based on content, format, and quality of the video itself, as opposed your gut reaction to seeing yourself on camera.

Finally, there’s another concept from the world of public speaking. You’ve probably heard the truism that most people are more afraid of public speaking than the are of death. Video is a form of speaking to the public, even though they aren’t there in front of you. Your fear is normal – even adaptive, according to Glenn Cruston in Psychology Today 11/29/2012 . Understanding this can be first step in getting (at least a little) past it.

BEING COMFORTABLE ON CAMERA IS A LEARNED SKILL, NOT A GENETIC TRAIT

My second big concept to relate is that being on camera is a learned skill. You got where you are in life by doing whatever it is you do – which was probably not being on video. There’s really no reason you should know the tips and tricks for starring in videos – but you can in fact learn them, which will be the focus of part 2 of this blog.

I wound up on camera shortly after joining Magnus Media Group in 2009. At the time, in addition to video production we also had an event branch that produced large public dance parties. My partner/husband/video DJ, Grant Fu, said to me: “We need a spokeswoman for our events. You’ll be great! And we won’t have to pay for on-camera talent!” Thus began my odyssey as a spokeswoman and interview talent. Even with a teleprompter, an experienced director, and professional lights, mics, and cameras, I still cringe when I look back on some of my early efforts. The good news? I got better. And you can, too.

The third broad concept is that multiple takes are the norm for professionally produced video. For anything other than lectures and live performances, you’re probably going to get several tries to deliver your message. Think of any behind-the-scenes documentary you’ve seen on a movie, and imagine all those black and white clapper boards and someone shouting “Take 2!” “Take 17!” That’s how it goes, even with professional actors. For many non-actors, doing multiple takes also helps you get some of the nerves out and appear more relaxed on camera by the final takes (no matter how you’re actually feeling inside!).

Finally, it may help to know that in most cases, you don’t have to deliver your content in one continuous take. For instance, if you’re being interviewed for a 2-minute “About Us” video, your video team will ask you several questions – all of which you will know about ahead of time, and be able to prepare talking points for. And, they will ask you the same question multiple times. Then, after you’ve recorded – whether your answers were brilliantly articulate or you stumbled through them – your video editor will take clips and sound bites from different takes to string together a coherent video with the “best of” from each take to each question. We can even clean up, to a degree, “um’s” “er’s” and  stuttering to make you sound great – part of what is known as “cleaning it up in post.”

The next time you find yourself in need of being in a video, review the concepts I’ve discussed here: 1) Almost no one likes to see or hear themselves on camera. 2) Being on camera is a learned skill 3) Multiple takes are the norm. 4) Trust your editor to “clean it up in post.” Knowing these things can help go a little easier on yourself and actually help you relax on camera  – which will result in a less stressful video shoot you and a better final product.

Interested in specific tips for being on camera, from how to pace your voice to what to wear? Email me here for my handy bullet-pointed list of on-camera tricks (just put “on camera” in the subject line) to get your free copy. Then, stay-tuned for an in-depth take on the topic in Part 2 of my blog, “Practical Tips and Tricks for Being on Camera.”

Mahalo for your kind works. I’m so glad to hear you enjoyed the post!

excellent points! I especially like the psychology of it all (natch!).

Thank you! Great post. I appreciate the free tip downloads, too. Can’t wait to start incorporating them.

You are most welcome! Do you have other questions about being on camera? I’m happy to answer them here.