What to Expect When You’re Expecting a Videographer: Overview and Pre-Production 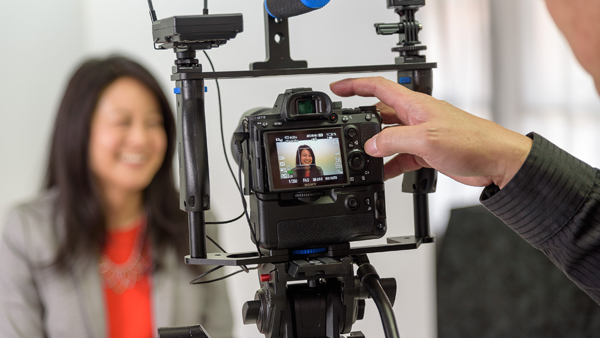 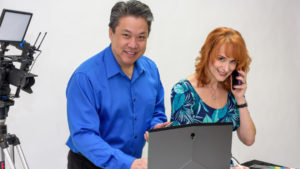 So here’s a question I get asked a lot: “If I hire you to do my video, what should I expect?” Video production is a foreign world to most people, whose concept of it tends toward two extremes: DIY social media posts shot on a smart phone; or major studio sets complete with jibs, dollies, booms and other alien-sounding tech, with a director yelling “Action!” through a megaphone. Most video production for business lives somewhere between these extremes.

Many clients worry that producing a video is going to take up a lot of their time, and that they’ll have to do the planning and organizing themselves, as well as deciding what to say, where to stand, what shots to get, and more. It can be stressful just thinking about it.

The reality is that the best – and least-stress-inducing – video projects result from detailed pre-production that your videography company handles for you. Pre-production, by the way, refers to all the planning and organization that happens BEFORE the day of the shoot.

Speaking of video jargon: When I joined the world of video production back in 2009, even though I brought 20 years of event production to the game, I had zero familiarity with video. I was like most of you reading this article: I didn’t know what “pre-production” was, let alone jibs, booms, white balance, or the temperature of light. After ten years of immersion in the craft, I feel a unique ability, nay, a compulsion, to explain it to non-video people in a comprehensible, non-technical way. I do this so that you can interact with your videographer in a knowledgeable manner, spending just as much time and concentration as you need to get your project completed on time and on budget. And that starts with knowing what to expect.

As I describe what to expect when you hire a videographer, I’m going to use as an example a typical project that is important for most businesses: the “About Us” video that headlines their website. These are usually about 2 minutes long; involve an interview with one or more company members and sometimes clients; and some b-roll, that is, additional video footage to add visual interest. Other types of projects (event highlights, promo videos, speaker demos, etc.) will involve similar elements as described below, with slight variations.

Overview of the Video Process

The “Executive Summary” answer to the question “what to expect when you’re working with a video company” goes like this:

For those that crave more details about the process, here you go.

Let’s start with some basic definitions.

**Many videographers cheerfully intermix the use of the term “Production” to describe EITHER the filming part, OR the entirety of “pre-, filming, and post-”, depending on how granular they’re getting, so if you’re confused, ask for clarification.

So what specifically happens in pre-production?

As I mentioned earlier, pre-production starts with determining what the parameters of the video will be. These are all the things you want figured out BEFORE the day of your shoot. A thorough videographer will discuss with you several or all of these items – my list is not comprehensive, but it’s a good start. Pre-production takes place after a video production agreement has been signed. You’ll have input on most of these steps, but the videographer is going to be doing the bulk of the work.

Just like videos, blogs have an optimal length for holding the attention of most readers. To avoid exceeding that, I’ve split this blog into two parts. Stay tuned for Part 2: Production and Pre-Production, coming to magnusmediavideo.com next week.